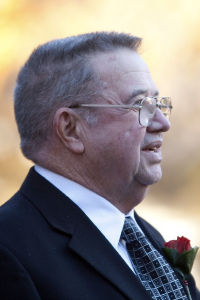 Roger was a loyal and loving son, brother, father, uncle, grandfather, great-grandfather, and friend, known for his smile.

Roger grew up in Canton for most of childhood where he had many friends, some of whom he still remained close with to this day.

After high school, Roger started working in the family business, Haffermehl Greenhouses in Canton alongside his brother John and father Forrest. A second location in Wellesley was established, where Roger eventually took over operations from his father. After selling the business in early 80’s, Roger went on to a successful career in facilities management. After retiring, he and Nancy spent summers in Falmouth and winters in Venice Beach, FL. He enjoyed playing golf wherever he could get a tee time and make friends.

He eventually moved back to Canton after Nancy’s passing where he enjoyed spending time with old high school friends and making new ones, at his various social clubs he belonged to.

Visiting hours at the George F. Doherty & Sons Funeral Home, 477 Washington St., (Rt.16) WELLESLEY, on Monday, Jan. 27 from 4-7pm. A memorial service will be held on Tuesday, Jan. 28 at the First Parish Unitarian Universalist Church, 1508 Washington St., Canton at 11am. All are invited to attend. Expressions of sympathy may be made in Roger’s memory to The Dementia Society of America and The Fisher House Foundation.