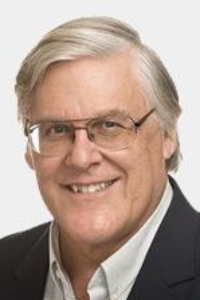 On January 4, William “Bill” Barton Rogers Hobbs died quietly at his home in South Dartmouth, MA. Both death and being quiet were new experiences for him. Bill lived a large and loud life, both literally and metaphorically. Towering over 6 feet tall, with shoulders so broad bulls longingly eyed them, Bill took up a lot of space in the lives of the people who knew and loved him. Born on July 30, 1949 to Marge and Franklin Hobbs, Bill was the second of four children. He, Fritz, Helen, and Matthew enjoyed a childhood filled with adventures, neighborhood friends, ski trips, Muscovy ducks raised in the backyard, and summers at Nonquitt, MA.

A massive nerd, Bill concentrated on math and physics both at Milton Academy and while he attended Harvard University. And because he refused to conform to a tidy stereotype, he also played freshman football and rowed freshman crew, and then continued to row for the varsity crew team for three years. He is the only man at Harvard to have ever pulled so hard that he broke an oar, and at least one person believes that it is for this accomplishment alone that Bill earned election to the Harvard Athletic Hall of Fame.

Bill’s shoulders served him well as an oarsman during the ‘68 and ‘72 Summer Olympic Games. In the former he placed 5th in a pair with coxswain, while in the latter his crew (the self-proclaimed Alte Achter) brought home the silver medal. He was later elected to the National Rowing Hall of Fame.

Bill returned to Milton Academy to teach math and serve as a Wolcott Floor Monitor and Advisor. He then moved back to Cambridge, MA to receive his MBA from Harvard Business School. During his career Bill focused on manufacturing, because much like normal people coo over puppies and kittens, Bill cooed over very big machines that did very cool things, used a lot of power, and made a lot of noise. He began at FMC Corp, which sent him to Brazil (one of 68 countries he visited in his lifetime), and several states including Lexington, KY, where he purchased and lived on a farm. (There, he finally did get his own bull to contend with, a Belted Galloway – but that’s another story altogether.) As CEO of Bridon American, he founded Certex distribution in 20 countries. Later, he served as CEO of Trend Technologies and J.C. Whitney, among others, and at the inception of High Road Capital Partners, Bill joined as an Operating Partner.

His greatest accomplishments, however, were personal. He managed to convince a wonderful woman to stand at the altar and say “I do,” and he then produced four children in five years (although this latter accomplishment probably owes much more to his wife, Beth, than to Bill.) Bill’s first rule as paterfamilias was “no fun without Dad,” and Chrissy, Bart, Ben, and Julia quickly learned that the rule would be strictly enforced. The competitive spirit that led Bill to two Olympic games did not make concessions for his children. Backyard games of soccer, touch football, kick-the-can, and water polo often ended with every child on the opposite team piling on Bill while he used his bull shoulders and massive frame to plow his way to victory. (The greatest moment of his childrens’ lives might be the day that Bart, during a typically vicious backyard water polo game, proved himself strong enough to keep Bill in check and finally gave him a taste of the medicine he had been feeding his children for decades.)

The quiet is going to be a new experience for all of us.

A memorial service will be held on Sunday February 2, at 2:00 pm, at the Congregational Church, 17 Middle Street, South Dartmouth, MA. with a reception to follow at the New Bedford Yacht Club.