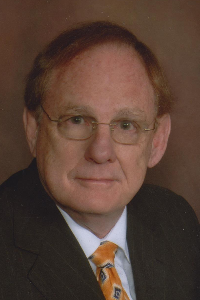 Dr. G. Lionel Zumbro, Jr. age 81, entered into rest on Wednesday, January 8, 2020 at his residence.
He was born and raised in Murfreesboro, Tennessee and went on to receive a BS in Mathematics from Middle Tennessee State University. He entered medical school at the University of Tennessee College of Medicine, where he graduated first in his class in 1965. Dr. Zumbro proudly served in the United States Army from 1965-1975 working in numerous hospitals throughout the country and serving in Korea.
Dr. Zumbro was part of the CSRA medical community for more than forty-five years pioneering many heart procedures including having performed the first heart transplant in Georgia in 1984. In 1987, he performed the first combined heart-lung transplant in the Southeast. He was board certified in Surgery and Thoracic Surgery and was a diplomat of the National Board of Medical Examiners, the American Board of Surgery, and the American Board of Thoracic Surgery. He served as Chief of Cardio-Thoracic Surgery at University Hospital and the Medical College of Georgia. In 2006, he came out of retirement to open Vein Specialists of Augusta.
He was preceded in death by his parents, George Lionel Zumbro, Sr. and Ellen Covington Zumbro.
He is survived by his children, Jon Zumbro (Leslie) of Evans, Angela Zumbro Mason of Atlanta, Gwen Zumbro of Evans, George Zumbro III of Evans, Trevor Zumbro of Evans, Robin Kraus (Craig) of Indian Harbour Beach, Florida; grandchildren, Jon Michael, Jared, George IV, Kole, Noah, Sophia, Brent, and Marlise; brother, Nicholas Zumbro of Tucson, Arizona; and fiancée, Veronica Roundtree of Evans.
The family will receive friends from 5-8:00 P.M. Thursday at Platt’s Funeral Home Belair Road.
Entombment will take place at a later date in Murfreesboro, Tennessee.
In lieu of flowers, memorials may be directed to the Cystic Fibrosis Foundation Georgia Chapter, 57 Executive Park South, Suite 380, Atlanta, Georgia 30329; or to the Columbia County Humane Society, 6100 Columbia Road, Grovetown, Georgia 30813.
Please sign the guestbook and send condolences at,
www.plattsfuneralhome.com
PLATT'S FUNERAL HOME
337 North Belair Road Evans