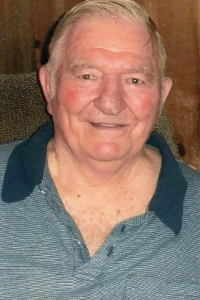 He Leaves 5 children, Diane Paglione of Tucson, AZ, Joan Juszczyk and her husband Joseph of Warren, Marty Paglione and his wife Nicole of Plainfield, CT, Nancy Tobin and her husband, Robert (retired colonel USMC) of Chester, VA and Lori Gomez and her husband Jack of Dudley; 12 grandchildren, Joshua, Ariana, Cristina, Matthew, Alyssa, Kara, Michael, Catherine, Ashley, Nathan, Trent and Isabella; 3 great-grandchildren, Dalton, Amelia and Reese; 2 brothers, Richard Paglione of North Carolina and Carmen Paglione who has been his live-in companion for the last 7 years. They shared many good childhood stories, debated daily events, and truly enjoyed each other’s company. He was preceded in death by his sister Antoinette Bangs and by his brothers Ralph and Alfred Paglione.

He was born in Dudley on July 20, 1927, a son of James and Serafina (Vegnone) Paglione and lived there all his life. He graduated from Bartlett High School in 1945 where he excelled at basketball and baseball. He later earned an Associates Degree in Accounting from Becker Junior College in Worcester.

He was an Army veteran of World War II, serving as a military policeman in Panama.

Mr. Paglione worked for Massachusetts Electric Company in Worcester for 30 years, retiring as a foreman in 1989.
He was devoted member of Saint Anthony of Padua Church where he once was an usher, counter and bingo volunteer. He was a life member of the Auburn-Webster Lodge of Elks #2118. In his younger years, he enjoyed golfing, bowling in leagues, and tending his annual vegetable garden. He still enjoyed crossword puzzles and visiting local casinos. He was a loyal fan of the New York Yankees and enjoyed all sports and statistics associated with them.

His children were devoted to fulfilling his wish of aging at home which he built with his wife when they married. They shared responsibilities to bring this to realization.

Special thanks to Deacon Bill White who visited frequently, administering communion and engaged Dad in lively sports discussions and also to his caregivers: his niece Lisa, Anne, Kelly, and Heidi.