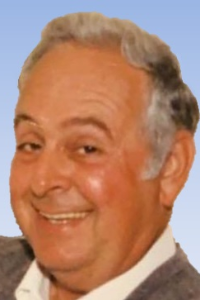 Irwin A. Langille, age 82, a lifelong resident of Canton passed away January 6th at Tufts Medical Center in Boston. Born in Norwood, he was raised in Canton and graduated from Norwood High School and was a Veteran of the United States Navy. Irwin was formerly a member of the Canton Fish & Game and was an avid hunter, fisherman and enjoyed skeet shooting. Beloved husband of Patricia A. (Donahue). Father of Kerri Urquhart and her husband Alexander of Marion, Kathi Guinen and her husband Edmund of Sagamore, and Cindy Nash and her husband Raymond Bradley of Buzzards Bay. Stepfather of Mary Rust of Quincy and the late Robert Rust. Also survived by 10 grandchildren and 10 great grandchildren. Funeral service at the Dockray & Thomas Funeral Home 455 Washington St. Canton Monday January 13th at 1 pm. Visiting hours prior to the service Monday from 10 am to 1 pm. Burial Canton Corner Cemetery. In lieu of flowers, donations may be made in his memory to St. Jude Children’s Hospital 262 Danny Thomas Place Memphis, TN 38105 or at www.stjude.org
St. Jude Hospital