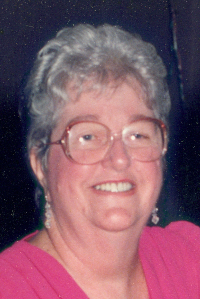 Mary W. McGinn, a lifelong resident of Woburn passed away peacefully, January 5, 2020, following a short illness. She was 89 years of age. Mary was the beloved wife of the late Edward L. McGinn. Born in Woburn she was the daughter of the late Eugene and Mary (O'Donnell) Sweeney.


Mary was raised in East Woburn and was a 1947 graduate of Woburn High School where she was a member of the cheerleader team and was also the captain of the girl’s basketball team. For many years Mary volunteered and was very involved with her graduating class reunion committee. Mary worked for many years as a secretary with Harvey Industries retiring in the 1990's. Following her retirement Mary and her husband enjoyed traveling and especially enjoyed many cruising vacations. She was a lifelong parishioner of St. Joseph Church prior to its closing, she enjoyed and was a fan of all the Boston sports, and in more recent years was active at the Woburn Senior Center. Mary will fondly be remembered for her devotion to her family, her faith and her love of City of Woburn. She will be greatly missed.


Mary is survived by her children; Edward McGinn Jr., of North Reading, Jean Corlin and her late husband George of Brockton, Ann Morrison and her husband Joseph of Derry, NH, Joseph McGinn and his dear friend Judy McFadden of Woburn. She was the loving grandmother of Mary Corlin, George Corlin Jr., Logan Morrison and Kristin Morrison. Loving great grandmother of Jessica McGovern. Sister of the late Eugene Sweeney and his surviving wife Alicia of FL, the late Daniel Sweeney and his late wife Barbara, the late William Sweeney and his late wife Jean. Sister-in-law of Fran Sprague of CT. She is also survived by many nieces and nephews.


Funeral from the McLaughlin - Dello Russo Family Funeral Home, 60 Pleasant St., WOBURN, Friday, January 10th, at 10:30 a.m. followed by a funeral Mass celebrated in St. Charles Borromeo Church, 280 Main St., Woburn, at 11:30 a.m. Relatives and friends are respectfully invited to attend. Visiting hours will be held on Thursday from 4 to 8 p.m. Services will conclude with burial at Woodbrook Cemetery, Woburn. In lieu of flowers contributions may be made in Mary's memory to the American Heart Association/ American Stroke Association 300 5th Avenue, Suite 6 Waltham, MA 02451.