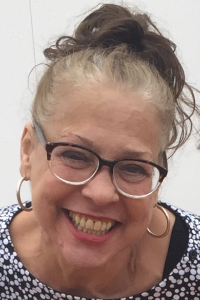 Stephanie M. Oliver, 54, of New Bedford died January 3, 2020 at St. Luke's Hospital after a long battle with diabetes.
Born in New Bedford, she was the daughter of Evelyn Y. (Tomkiewicz) Oliver and the late Francis P. Oliver, she was raised in Dartmouth and lived in New Bedford most of her life.
Survivors include her mother; her daughter, Morgan; 2 sisters, Elizabeth and Ann-Margaret; 2 grandchildren, Kane and Madden.
Her son Jake predeceased her.
Her private service was held Tuesday, January 7th in the the Saunders-Dwyer Home for Funerals, 495 Park St., New Bedford.