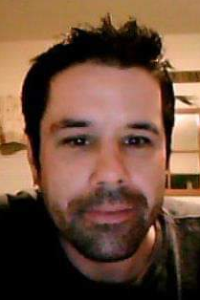 Shane was born and raised in Laconia, NH and attended schools in the Laconia and Belmont districts. As a young man, Shane enjoyed skiing, fishing, camping, four-wheeling, and riding his motorcycle.

Shane worked alongside his father, Dennis, at Berwick Plumbing & Heating for many years. In recent years, he enjoyed watching movies, spending quality time with his father, cooking, and keeping in touch with his friends.

Shane will be remembered by his family as having a heart of gold and great sense of humor.

Shane is survived by his father, Dennis Berwick of Chocorua, NH, his mother Janice St. Onge neé Tardif of Florida, his sister Jessie Perkins of Boscawen, NH, his two daughters, Alex Hinton of Florida, and Lily Anna Berwick of Falmouth, MA and his two grandchildren Payton and Connor as well as many aunts and uncles.