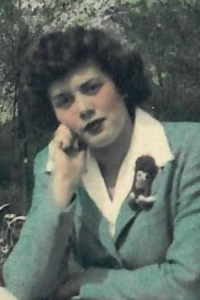 Rita M. (Armstrong) Fahey, 94, formerly of Medway and Franklin, died January 4 at Genesis Health Care in Milford. She was the wife of the late John J. Fahey who died in 2010.

Born in Medway, April 16, 1925, the daughter of the late William and Eva (Prime) Armstrong, Rita was raised and lived in West Medway for many years.

Rita and John moved to West Harwich on Cape Cod for eleven wonderful years before moving to Franklin in 1992 to be closer to family.

A graduate of Medway High School in 1943 she was a homemaker and devoted mother.

Her favorite things were the West Medway Park, playing tennis, Cape Cod beaches, meeting new people and having a glass of white wine with her friends in Franklin. Any day in conversation was a good one; her optimism and complimentary nature were noted by anyone who knew her.

She was the sister of the late William and Robert Armstrong.

Her funeral mass will be celebrated on Friday, January 10 at St. Joseph Church Medway at 11:00.

Burial will be in St. Joseph Cemetery. A collation will follow.

Visitation will be on Friday from 9:00-10:45 a.m. in the Ginley Crowley Funeral Home (www.ginleyfuneralhomes.com) 3 Barber Street, Medway.

In lieu of flowers expressions of sympathy may be made in her memory to St. Jude’s Children’s Research Hospital , 501 St. Jude Place, Memphis, TN 38105-9959.