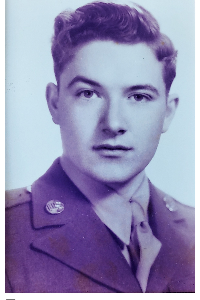 Wareham – Robert J. Liberty, age 89, of Dartmouth, passed away on Sunday, January 5, 2020 at Tremont Health Care Center. He was the beloved husband of Maria (Garcia) Liberty.

Robert was born in Fall River to the late Hector Liberty and Blanche (Mousseaux) LePage. He was a veteran of the United States Army and served in the Korean War. Robert received the Military Order of Purple Heart Award and was a member of the Disabled American Vets, the V.F.W. of Dartmouth and the Vietnam Vets of America.

Robert’s visiting hours will take place on Thursday, January 9th from 5:00 P.M. – 8:00 P.M. at Perry Funeral Home. His funeral will be Friday morning, beginning in the funeral home at 9:00 A.M. and followed by a service to be held at the First Church of the Nazarene at 10:00 A.M. Burial will immediately follow in Rural Cemetery.