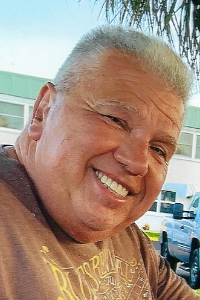 WORCESTER____ Algird “Al” A. Zenkus, 67, of Worcester died Friday, January 3, 2020 in St. Vincent’s Hospital with his loving family by his side amid a courageous battle with cancer. He leaves his beloved wife of forty-six years, Margaret “Peggy” (Dooley) Zenkus; three children, Colleen (Zenkus) Holmberg and her husband Christen of Holden, Joseph Zenkus and his wife Teresa of Concord and James Zenkus and his wife Heather of Worcester; eight grandchildren; a brother Vito Zenkus and his wife Patricia of Charlton. He is predeceased by his parents Algrid L. and Birute “Bertha” (Gircys) Zenkus and a brother, Theodore Zenkus.
Mr. Zenkus was born in Elizabeth, NJ. He graduated from the former Worcester Boys' Trade School and later earned his Master Electrician License. He was an electrician for the Worcester Housing Authority for thirty-two years prior to his retirement. During his time there, he was a dedicated union steward. He was a member of the Local 96 IBEW, SEIU Local 888, the American Legion -Vernon Hill Post 435, and the Lodge of Elks 2118, Auburn and contributed consistently to various charities. He proudly served in the US Air Force Reserve and Air National Guard during the Vietnam era. He was a member of Immaculate Conception Church in Worcester.
Al was a longtime New England sports fan. He loved travel; particularly to Florida and Salisbury Beach. He also enjoyed dining out, walks with his wife, fishing and bowling. Al was always available to lend a hand to friends and family. Of all his hobbies and interests, spending time with his family was his number one; especially his role as "Papa" to Caitlin, CJ, Connor, Caulin, Jackson, Julian, Joseph and Valentine.
The funeral will be held on Thursday, January 9, 2020 from HENRY-DIRSA FUNERAL HOME, 33 Ward St., Worcester with a Mass at 10:00 a.m., in Immaculate Conception Church, 353 Grove St., Worcester. Burial will follow in Notre Dame Cemetery Worcester, MA. Calling hours in the funeral home will be Wednesday, January 8, 2020 from 5:00 pm to 7:00pm. Memorial contributions may be made in his name to Dana-Farber Cancer Institute, PO Box 849168, Boston, MA 02284. www.worcesterfuneral.com.