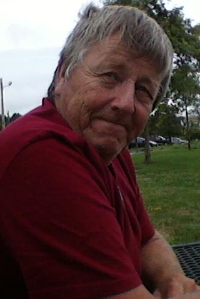 A lifelong Whitman resident and the youngest son of Beatrice and Andrew LeVangie, he graduated from Whitman-Hanson in 1969 and spent many years as a truck driver for Dry Ice Corporation in Rockland, where he was a member of Teamsters Local 25.

He enjoyed fishing and singing karaoke. Mark also loved classic cars, music and movies. He was an avid fan of the Green Bay Packers and the Boston Red Sox.

He was the husband of Karen E. LeVangie for forty years and the brother of David, Alan, Richard and Joan. He leaves behind two children, Andy LeVangie of Whitman and Heather LeVangie of Rumford, RI. He was also the loving grandfather of Quincy and Freya.

Relatives and friends are invited to attend a celebration of life gathering on Sunday January 26th, from 1-4 pm at the American Legion, 1027 Washington St. in Abington, MA.