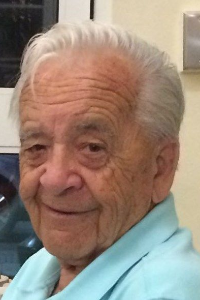 BOUDROW, Kenneth R. “Kenny”, of Winthrop, passed away on January 2, 2020. He was 86 years old. He was the beloved husband of the late Mary “Cinnia” (Graham) Boudrow. Devoted father of Coleen M. Dennett and her companion Richard Doherty of Danvers, Richard K. Boudrow and his wife Nancy of Winthrop, Susan J. Lemire and her husband Barry of Auburn, NH, and James P. Boudrow and his wife Lori of Windsor, CA. Adored grandfather of Stephanie, Ashley, Ricky, Ryan, Matthew, Amanda and Brett. Kenneth was the cherished son of the late Philip A. and Alice G. (Forshner) Boudrow. Dear brother of Carol Fitzgerald of Winthrop and the late Jean Hansen, Alvin and John Boudrow. He was also survived by several nieces and nephews.

Kenny was a veteran serving in the Massachusetts Army National Guard. Prior to his retirement, he was employed as a Union Labor Representative.

Funeral from the Maurice W. Kirby Funeral Home 210 Winthrop St. Winthrop, on Thursday, January 9, at 9AM, followed by a funeral Mass in St. John the Evangelist Church-Winthrop, at 10AM. Relatives and friends are invited. Interment will be in Winthrop Cemetery (Belle Isle Section). Visiting hours will be held at the funeral home on Wednesday, from 4-8pm. In lieu of flowers, donations in his memory can be made to the Viking Pride Foundation P.O. Box 520037, Winthrop, MA. 02152.