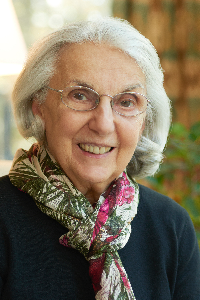 PEGG, Mary (Gonis) Formerly of Wellesley and Scarsdale, NY, passed away on January 3, 2020 after a long struggle with dementia. Mary’s 88-year life was defined by her devotion to family and her selfless, giving nature. Born in Boston, Massachusetts to Peter and Rose Gonis in 1931, Mary was the third born of four children and the youngest daughter in the family. She was raised in Winthrop, Massachusetts.

Mary also worked as a teacher at an elementary school at a U.S. Air Force base in Morocco in the 1950s. It was there that she met Donald Anderson Pegg, who she described as the love of her life. Mary and Donald wed in 1963 and remained happily married for 49 years, until Donald’s passing in 2012.

Mary and Donald raised two children, Donald and Beth, in Scarsdale, New York. The family spent many joyful summers at their summer home in Nantucket, creating a lifetime of fond memories for their children and grandchildren.

Mary adored her nieces and nephews, grandchildren, and great-grandchildren, and was always just a phone call away. She cherished the time she spent with her family. Mary accepted others into her family with open arms, and was the best mother-in-law that Donald and Beth’s spouses could ask for.

Mary loved spending days in New York City with her husband, going to the theater, listening to classical music, reading, antiquing, and decorating. She was active in her community as a member of the Scarsdale Woman’s Club for decades. During this time, she was a member volunteer for the club’s thrift store, which donated its proceeds to charities that supported women and children.