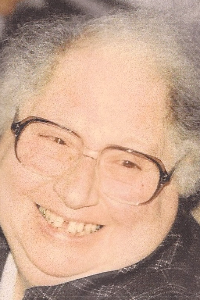 Annette C. (Adler) Clark, 92, formerly of Mansfield, Georgetown and Beverly, Massachusetts passed away on Friday, January 3, 2020 at the Wingate Nursing Home in Norton. Her gentle spirit left this world to join her loving husband, Kelly T. “Chum” Clark who predeceased her in 1970.


Born in Taunton, MA on April 19, 1927 to Edward D. and Rebecca (Cooperstein) Adler, she was predeceased by her parents, a sister, Blanche and a brother Melvin.


A graduate of Beverly High School in 1945 and Massachusetts College of Art in 1949, Annette was a designer of patterns for men’s neck ties and wallpaper. She was introduced to Chum by her best friend while in high school and they corresponded for several years. After meeting him again while on a trip to Montreal to sell her artistic designs the rest became history.


She joined her husband in running a small general store in Grand Entrée, Magdalen Islands, Quebec until they returned to Beverly in the late 1950’s. Annette lived in Georgetown, MA from 1978 until 2001 and then at the Village at Willow Crossings in Mansfield until 2012.
Widowed fifty years almost to the exact day, Annette dedicated her life to her children, imparting to each of them that education was the foundation for future success. She will always be remembered as a caring and loving wife, mother, grandmother and friend.


Despite many health difficulties, Annette volunteered in the Upton School library in Beverly and on the Board of Directors of the Big Brother/Big Sister program in Salem. For more than 40 years, she was the “coupon lady,” clipping grocery coupons for family and friends, and until the very end, the staff at the nursing home and to mail to those serving in the military abroad.
Anyone that had an interaction with her would say she was a true friend. She would listen and talk with people for hours, share words of encouragement and funny stories in a handwritten card and lend a hand whenever she could. Annette will be remembered for her kindness and endearing smile. She believed in the goodness of all. She had a special appreciation for art, nature, children, and dogs, and she enjoyed spending time writing, sewing, doing puzzles, and storytelling.
Annette was most proud of her children: Nancy Cook (married to Rev. Dr. Jack Cook) of Kensington, CT; Cindy Campbell (married to John Campbell) of Columbus, OH; Dr. Burt Clark (married to Dr. Molly O’Shaughnessy) of Medina, OH and Attorney Peter Clark of Attleboro, MA. She is survived by her six precious grandchildren: Robert, Jeff, David, Travis, Jenny and Kiera and three great-grandchildren.


An informal graveside service will be followed by her burial next to Chum in Salem, Massachusetts. In lieu of flowers, memorial donations may be made to the West Side Benevolent Circle Elder Visitation Program; P.O. Box 506; Mansfield, MA 02048.


Arrangements are under the care and direction of the Sherman & Jackson Funeral Home, 55 North Main St., Mansfield.


To send her family a message of condolence, please visit www.shermanjackson.com