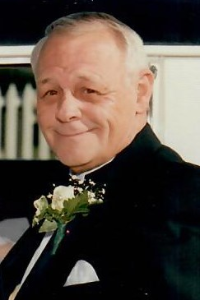 TURNER, Major Gordon L. “Bud” (Ret. Massachusetts Army National Guard), of Winthrop, passed away on January 1, 2020. He was 79 years old. He was the beloved husband of the late Beverly E. (McManus). Devoted father of Darlene Raffaele and her husband Richard of Revere, William Turner and his fiancé Stacey Hines of Winthrop, and Sandra Diaz and her husband Andres of Lebanon, ME. Adored grandfather of Stephanie Lima and her husband Christian, Cori Bianchi, Joseph Bianchi, Robert “Bo” Bianchi, Diego Diaz, Matteo Diaz, Kiera Starr Turner and Dylan Gordon Turner. Loving great-grandfather of Raechel Ward, Devin Nolan, Jeremy Gullion and Logan DeLima. Cherished son of the late Gordon L. and Helen T. (Dolan) Turner. Dear brother of Nancy Moynahan and her husband Bob of Winthrop and FL, John Turner and his wife Linda of Salem, MA, and the late Eileen Brown and her late husband William and the late Gerald Turner. He was also survived by many nieces and nephews.

Bud served and was employed by the Massachusetts Army National Guard. He retired from the Guard, attaining the rank of Major, with more than 34 years of dedicated service. He received an Associate in Science Degree from Quincy College. Bud was a devoted parishioner of St. John the Evangelist Church in Winthrop.

Funeral from the Maurice W. Kirby Funeral Home 210 Winthrop St. Winthrop, on Wednesday, January 8, at 9AM, followed by a funeral Mass in St. John the Evangelist Church-Winthrop at 10AM. Interment will be in the Winthrop Cemetery (Belle Isle Section). Visiting hours will be held in the funeral home on Tues, from 4-8PM. In lieu of flowers, donations in his name can be made to St. John the Evangelist Church, Attn. Religious Education, 320 Winthrop St, Winthrop, MA, 02152.