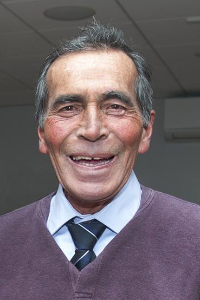 
Frederico ‘Freddie’ Rocha, a lifelong resident of Provincetown, died Sunday, December 29th at Cape Cod Hospital in Hyannis after being stricken ill on Shankpainter Road in Provincetown. He was 68.

Born in Westerly Rhode Island, son of Patricia Ann [Joseph] and the late Frederico P. Rocha, Sr., he spent most of his life at his parents’ home off Commercial Street in Provincetown. He became identified and known by the town through his daily walks up and down Commercial Street.

He was a devout Catholic, an altar boy at 11, with a strong sense of faith who regularly could be found at St. Peter the Apostle Church singing the Gloria, and other songs and prayers with complete sincerity, devotion, and joy.

Of Portuguese descent and a working-class upbringing, he learned the value of a dollar at an early age. He began working at small side jobs from the age of 10. In his prime, he owned several businesses, and worked as a house painter, a steeplejack, and a logger. In recent years he enjoyed shoveling snow during the winter with a large roster of customers. A trip to Florida in 1979 became a turning point in Freddie’s life where, upon his return home he was never quite the same. It was at this time he began to have mental health issues only to be diagnosed much later. Provincetown became a safe haven for him.

Freddie was a lovable rogue with a kind and generous spirit. He will be remembered by friends, family, and all those that have been touched by the humanity of his life’s story.

He is survived by his mother, Patricia Ann Rocha of Falmouth, a brother, Dennis Rocha and his wife Barbara of Connecticut, a sister, Mary Isabelle Welles of Falmouth, along with many nieces and nephews, as well as his large, extended family of friends in Provincetown. He was predeceased by his father, Frederico P. Rocha, Sr. and his sister Linda.

Family and friends are invited to attend a Funeral Mass to be held at 10:00 am Saturday, January 25th at St Peter the Apostle Church, 11 Prince St, Provincetown. Burial will occur in the spring.