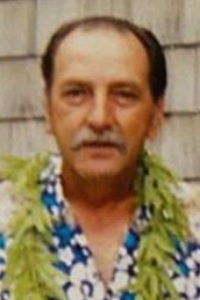 
Paul R. Joseph ‘PJ’, 77, a native of Provincetown, passed away peacefully in his sleep at Cape Cod Hospital on Saturday, December 28, 2019.

Paul was born July 17, 1942 to the late Mary and Arthur Joseph in Provincetown, MA. He was born into a large Portuguese family being one of seventeen children. Paul is survived by his sister Patricia Rocha of Provincetown. He is predeceased by his brothers, Arthur, Mott, Phillip and Francis Joseph and his sisters Helen Davenport and Rosie Morris.

In his earlier working years, Paul worked in the Provincetown fishing industry. Afterwards, Paul ran a successful homebuilding company for fifteen years. Additionally, he and his former wife Carmela ran the Brown Bag restaurant in Orleans for ten years.

Paul had two children Patty and Paul in his first marriage. Paul was later remarried to Carmela Bonfini and had five step children. He was loved and known as 'Papa' to his many grandchildren. Paul will be dearly missed by many.

A funeral service will be held on Saturday, January 11th at 10:00 am at St. Peter the Apostle Church, 11 Prince St, Provincetown . Burial will follow in St. Peter’s Cemetery.