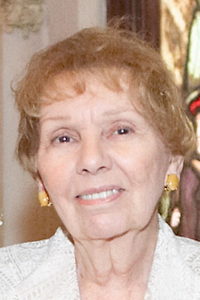 Loretta T. Lydon (Reardon) of Canton passed away December 31st at home. Born and raised in Quincy, she graduated from Quincy High School and has lived in Canton since 1955. She was a devoted wife and mother and enjoyed spending time with her family and shopping. Loretta has been a resident of Brightview in Canton for the last 2 years.
Beloved wife of the late Francis J. Mother of Michael J. Lydon and his wife Lori of CA, Matthew F. Lydon of Canton, Mark J. Lydon and his wife Cindy of Norton, and Francis T. Lydon and his wife Teddi of Stoughton. Sister of Ellen Reardon of Quincy, Michael Reardon of Byfield, and the late Jean Levengie and Timothy Reardon. Also survived by 11 grandchildren and 5 great grandchildren. She was predeceased by a grandson, Scott Lydon. Funeral Mass at St. Gerard Majella Church, Canton Saturday morning at 10. Visiting hours at the Dockray & Thomas Funeral Home 455 Washington St. Canton Saturday morning prior to the mass from 8:15 to 9:15 am. Burial Knollwood Memorial Park, Canton. Donations may be made in her memory to the MSPCA Angel at www.mspca.org
MSPCA