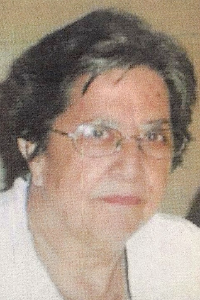 Born in Norton, MA on December 19, 1933, she was a loving daughter of the late Francisco and Maria (Moniz) Souza.

Eldora grew up in Norton and was a graduate of Norton High School. Prior to retiring, she worked as an office worker for the Motorola Corporation and had previously been employed at the Foxboro Co. and the former Fernandes Supermarket.

A communicant of Saint Mary’s Church in Norton, Eldora treasured the times spent with her adoring family. She was an avid Red Sox and Patriots fan, had formerly played softball for the Foxboro Co. League and enjoyed traveling, trips to Portugal and cruises.

She was the dear sister of Beatrice DeOliveira of Seminole, Florida and the late Mary Serras, Doris Camara, Alice Andrade, Rose Melim, Mario deSouza, Frank Souza, Joseph Souza and Adelino “Eddie” Souza. She is also survived by many loving nieces and nephews.

Her funeral, to which relatives and friends are cordially invited to attend, will begin on Saturday, January 4th at 9:00 A.M. from the Norton Memorial Funeral Home, 19 Clapp St. (Off Route 140, Taunton Ave.) Norton followed by a Mass of Christian burial celebrated at 10:00 A.M. in Saint Mary’s Church, 1 Power St., Norton. Burial will follow at Saint Joseph’s Cemetery in Taunton.

Visiting hours will be held on Friday, January 3rd from 6:00-8:00 P.M. at the Norton Memorial Funeral Home.