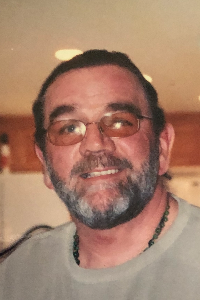 William A. “Billy” Ruane, 72, of Blackstone, died peacefully, Saturday December 28, 2019 following an illness. He was the cherished husband of Tammy L. (Edwards) Ruane, with whom he shared 23 years of marriage.

Born May 13, 1947, in Malden a son of the late Alfred  “Hap” and Amy (Leonard) Ruane, he was a longtime resident of Franklin, until moving to Blackstone.

Billy was raised and educated in Franklin and worked as an ironworker for Local 7.  He also worked for Ruane and Father, Inc. Recycling of Sherborn.

Known as Billy or “Boatneck” to his friends, he enjoyed helping others, and always had a kind word to say. He was devoted to his wife, children, and friends.  Billy loved being outdoors and walking his dog, Kush in the neighborhood.

In addition to his wife, he is survived by a son William J. Ruane of Milford, a daughter Laurie Ruane Niro and her husband Aldo of Milford, a stepson Steven Raymond and wife Tina Raymond of Woonsocket.

He is also survived by his beloved grandchildren, Gianna Niro and William Ruane of Milford, many nieces, nephews, extended family members and dear friends.

Billy was the brother of the late Michael Ruane and Sheila Ruane Chase.

Relatives and friends are invited to attend his graveside funeral service Friday Jan. 10th, in St. Mary’s Cemetery 185 Beaver St. Franklin at 11AM.

In lieu of flowers, a donation in his memory may be sent to a Veteran's Organization of your choice or the MSPCA-Angell 350 South Huntington Ave. Boston, MA 02130.