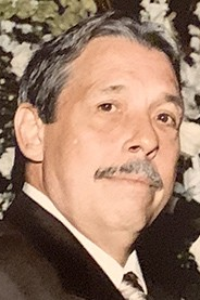 Born in Providence, he was a son of the late Edward J. Drew, Jr. and the late Madelene (McCarthy) Drew. He had lived in Smithfield for 30 years.

Teddy was an electrician and had worked as a handyman. He was a Vietnam Army Veteran. Also, he was a proud member of the Smithfield Lodge of Elks, 2359, the Greystone Social Club, the VFW and the American Legion. Teddy enjoyed cooking at the Smithfield Elks and volunteered his time cooking for the Veterans on Veteran’s Day for the last 33 years.

A Visitation will be held Thursday from 4-7pm in the Anderson-Winfield Funeral Home, Rt 44 at Greenville Common, Greenville. Committal service with military honors to which relatives and friends are invited will be held Friday at 10am in the RI Veteran's Cemetery, Exeter. In lieu of flowers donations in his memory may be made to St. Jude Children’s Research Hospital, Po Box 50, Memphis, TN 38101-0050