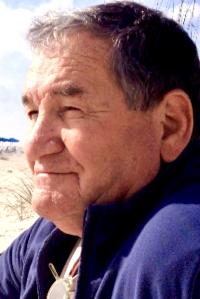 George F. Jenkins, Jr., age 80, a lifelong resident of Canton, passed away December 28th at home surrounded by his loving family. Born and raised in Canton, he attended St. John’s School in Canton, graduated from Canton High School and Boston University. George had a successful career working in the construction industry. Most recently he worked as a Construction Consultant for Tishman Construction Company as well as served as the Clerk of the Works for the Town of Canton.
George loved his hometown and was an active member serving on many boards and committees. Most noticeably was his commitment to The Canton Board of Selectman, The Canton Housing Authority, The Canton Planning Board and The Canton Recreation Department where he served on the Canton Bicentennial Celebration Committee and the Canton Block Party Committee. George was also a member of the Knights of Columbus Council #2095, Canton Senior Men’s Club, Canton Community Theatre as well as the Regal Players theater group in Waltham. George loved sports and was active with Canton Pop Warner, Canton Little League and Canton Girls Softball. George and his wife Marla were the recipients of many awards including the Catholic Charities Peggy Simons Care and Compassion Award and the Blue Hill Civic Association Citizen of the Year Award.
Beloved husband of Marla L. (Balboni). Father of George F.III and his wife Eva of Bourne, Michael H. and his significant other Virginia Marinaro of Easton, Daniel T. and his wife Julie of Canton, Amy L. and her husband Peter of Canton. He was predeceased by his son Charles. Brother of Marsha Bogdanchik and her late husband Robert of Wrentham, Patricia Cavouto and her husband Frank of Wycoff, NJ, Eleanor Connolly and her husband John of Canton, Cheryl Barry and her husband James of Boxboro, his late brother William D. Jenkins and his wife Judy formally of Canton now of Dartmouth. Grandfather of Nicholas, Emily, Victoria, Thomas, Grace, James, Christopher, Jonathan, Matthew and Angela. Also survived by many nieces and nephews. Relatives and friends invited to attend a Funeral Mass at St. John the Evangelist Church, Canton on Friday morning at 11 am. Visiting hours omitted. Burial immediately following mass at the Canton Corner Cemetery. Relatives and friends invited to attend a Celebration of George’s Life immediately following the burial on Friday at Brook Meadow Country Club 100 Everendon Rd Canton. In lieu of flowers, donations may be made in his memory to St. John School Foundation, Box 604 Canton, MA 02021 or to the Canton Veteran’s Service Department 801 Washington St. Canton, MA 02021.