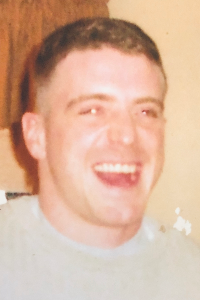 Mark Jordan, age 42, of Canton passed away unexpectedly December 24th. Born in Brighton, he was raised in Canton and attended Canton High School. He worked for his brother as plumber at Affordable Plumbing in Plymouth. Mark was an avid pool player and enjoyed playing at many local restaurants and played in tournaments at Mohegan Sun. He was an animal lover and could be often seen walking his dog, Damon, around Canton. Mark had a large circle of friends and will be missed by all who knew him. Beloved son of Claire R. Jordan of Canton and the late Michael L. Jordan. Brother of Karen DiMillio of Beverly, Dennis Mitchell and his partner Rhonda Greenwood of Lyndeborough, NH, Kellie Mitchell of Canton, Kerrie Clarke of Grafton and the late Robert J. Mitchell. Also survived by his 3 half siblings- Laura, Michael and Jennifer and many aunts, uncles, nieces, nephews and a large circle of friends.
Relatives and friends invited to attend a Funeral Mass At St. John the Evangelist Church Canton Saturday January 4th at 10:30 am. Burial private. Donations may be made in Mark’s memory to the Mass Society for Prevention of Cruelty to Animals at www.MSPCA.org