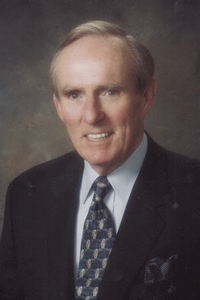 Allen Vincent Collins, 88, of Boston and Nantucket, died peacefully surrounded by his family on Tuesday, December 17, 2019, after a brief illness. He was the son of the late Charles W. Collins and Lovisa A. Collins of Everett, MA, where he grew up. He lived in West Hartford, CT for over forty years before moving back to Boston upon his retirement.

Al graduated from Dartmouth College in 1953 and married the late Nancy Collins three years later. They met on Nantucket Island, her hometown. Together, Allen and Nancy founded Allen Collins, Inc., a clothing store in West Hartford. The store became an integral part of the greater Hartford community and for 43 years was known for its iconic whale logo, a nod to Nancy’s Nantucket heritage. Allen Collins, Inc. was a genuine family business with all four Collins children working the sales floor and wrapping gifts during vacations and holidays. Al and Nancy created a real community in their store as loyal customers often stopped in to chat with longtime employees who had become friends. Always dapper, Al was well known for his bold and one-of-a-kind suits. His bright red and green Christmas suit was legendary.

Al connected people. He was the definition of a good friend, always thinking of others and quick to reach out. His optimism and energy were contagious. Al was quick to share memorable stories that were both funny and filled with great life-lessons.

We will miss Al’s eternal enthusiasm, gregarious sense of humor, compassion and guidance as a father, grandfather, friend, and advisor. He leaves behind four children and their spouses, twelve grandchildren and one great-grandchild: Kimberly Collins Parizeau of Wellesley MA and her husband Ernie and their four children Katelyn and her husband Daniel Foran and their son Charles Allen, Doug and his wife Kara Shurmantine, Molly and her fiancé Zachary Williams, and Sam; Wylie Collins of Greenwich, CT and his wife Jenny and their three children Kelsey, Ross, and Megan; Tristram Collins of Brick, NJ and his wife Jennifer and their two children Crosby and Kieran; and Jared Collins of Dover, MA and his wife Laura and their three sons Brendan, Christopher and Ryan. He also leaves his younger sister, Jane E. Collins of St. Augustine, FL, and his brother-in-law Dexter Collins of Nantucket, MA. His brother, Charles Collins predeceased him. A celebration of Al’s life will be held at the Boston Harbor Hotel on February 8 at 11:30AM.