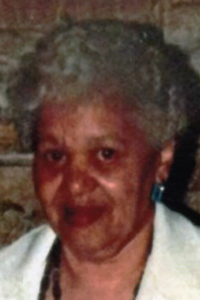 Born in New Bedford, the daughter of the late Amario J. and Joana (Lopes Santos) Oliveira, she lived in New Bedford all of her life.

She was a parishioner of Our Lady of the Assumption Church.

Mrs. Oliveira was formerly employed by the Aerovox Corporation and had also been a caretaker for many children in her neighborhood.

Her funeral will be held on Tuesday Dec. 31, 2019 at 8 AM from the Saunders-Dwyer Home for Funerals, 495 Park St., New Bedford, followed by her Funeral Mass at Our Lady of the Assumption at 9 AM. Burial will be in St. John’s Cemetery. Visiting hours will be on Monday Dec. 30, 2019 from 4-7 PM. For directions and guestbook, please visit www.saundersdwyer.com.