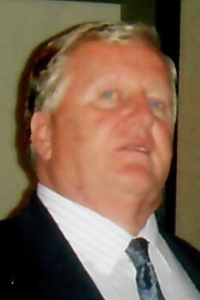 Michael F. "Mike" Butler, a 6 year resident of Lakeville and formerly of Charlestown, entered into eternal life suddenly on Tuesday, December 24, 2019 at his home in Lakeville. He was 63 years of age.

Mike was born in Boston on June 22, 1956, a son of the late William R. Butler and Hyacinth L. (Kinsley) Butler. He grew up in Charlestown where he was educated at St. Mary's Parochial School and Boston Public Schools and graduated from Charlestown High School in 1976. Mike furthered his education and received his Associates Degree from Bunker Hill Community College. Mike worked as a Dispatcher for the 911 division of the Boston Police Department for several years before joining the M.B.T.A. where he held several positions and retired as an Instructor following over 30 years of dedicated service. He was a member of the M.B.T.A. Carmen's Union Local # 589 and also a member of The Old Charlestown Schoolboys Association. Mike was a dedicated family man and enjoyed the the quality moments her shared with his beloved wife Irene who have been together for the last 26 years.

Mike is the adored husband of 17 years to Irene A. (Lima) Butler. He is the devoted step-father of John G. Hansen and Gary W. Hansen and his wife Brianna. He is the beloved brother of Carol Tucker, Elaine Maher, Jean Brown, Maureen Butler, John Butler, Richard Butler and his partner Jennifer Reed, Mark Butler and his wife Mary and the late Barbara Buckley and William Butler. He is also survived by his many loving nieces and nephews.

Relatives and friends are invited to attend Mike's Funeral on Tuesday, December 31, 2019 at 9 A.M. from The Carr Funeral Home, 220 Bunker Hill St. Charlestown followed by his Funeral Mass in St. Mary's Church, 55 Warren St. Charlestown at 10 A.M. His burial will be private. His visiting hours will be on Monday, December 30, 2019 from 3 to 7 P.M. in the funeral home.