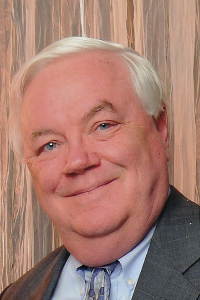 Richard E. Goggin of Stoughton, formerly of Canton passed away December 20th at the Mass General Hospital. Born in Boston, he was raised in Weymouth and graduated from Weymouth High School. Richard went on to earn his BA from Bridgewater State College and his MBA from Suffolk University. He was an Auditor and Consultant for many years at several Boston companies including State Street, Xerox, and Deloitte & Touche. He has lived in Stoughton for the last 6 years and previously lived in Canton for 35 years and was an active board member at the Knollsbrook Condominum Complex in Stoughton. Richard was an avid Boston sports fan and enjoyed golfing, skiing, traveling, romantic dining, and most especially, spending time with his family.
Beloved husband of Donna M. (Homsy). Father of Bryan P. Goggin of Boston and Andrea L. Reardon and her husband Michael of Abington. Proud grandfather (Papa) of Henry Reardon and soon to be arriving George “Georgie” Richard Reardon. Brother of Joan M. Goggin of Sandwich and Mark T. Goggin of Burnham, ME. Uncle of Andrew and Matthew Goggin. Visiting hours at the Dockray & Thomas Funeral Home 455 Washington St., Canton Thursday, 12/26, 4-8 pm. Funeral Mass at St. John the Evangelist Church, 700 Washington St.,Canton. Friday morning 12/27 at 10am. Burial private. Donations may be made in his memory to the St. Jude's Children Hospital, 501 St. Jude Place • Memphis, TN 38105.