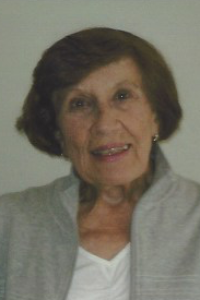 Amelia A. (DiBenedetto) Gramatico 89, of Franklin, died peacefully, with family at her side, in her home Saturday December 21, 2019 following an illness. She was the beloved wife of the late Richard C. Gramatico, who died in 2017.

Born August 8, 1930, in New Rochelle, New York, a daughter of the late Rosario and Josephine DiBenedetto, she was a former resident of Newtown, Connecticut and South Shore, Massachusetts before moving to Franklin in 2017.

She was raised and educated in New Rochelle. Amelia was devoted to her family, she treasured raising her children. After her children had grown she took a job at the Connecticut National Bank as a teller and later worked for Scholastic Book Publishing. She along with her late husband owned “Poor Richards Antiques in Marshfield.

She was predeceased by 2 brothers and 5 sisters.

Amelia's funeral service and burial at the Massachusetts National Cemetery, in Bourne will be held privately.

In lieu of flowers, donations in her memory may be sent to Compassionate Care Hospice 800 West Cummings Park Suite 3100 Woburn, MA 01801.