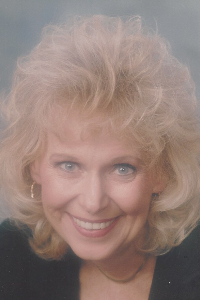 Janet E. (Cox) O’Sullivan, age 78, of Norton, passed away peacefully on Friday, December 20, 2019 at Rhode Island Hospital in Providence. She was the beloved wife of Brian J. O’Sullivan, to whom she was wed for fifty years.

Born in Boston, MA on December 19, 1941, she was a loving daughter of the late Roger and Mary (McSeveney) Cox.

Janet grew up in Dedham and was a 1959 graduate of Dedham High School. She furthered her studies, graduating from the Katharine Gibbs Secretarial School and had also attended Dean Junior College.

Prior to retiring, Mrs. O’Sullivan had worked as an office manager for the North Attleboro/Plainville Chamber of Commerce and was previously employed as the executive secretary for the chief executive officer at the Bird Machine Company in Walpole, a job she was truly proud of and enjoyed.

A resident of Norton for the past forty-nine years, Janet was a member of the Trinitarian Congregational Church in Norton. She treasured the times spent with her adoring family, especially when around her granddaughters. Her hobbies included playing golf, crossword puzzles, bargain shopping and camping in Weare, New Hampshire.

Visiting hours, to which relatives and friends are cordially invited to attend, will be held on Thursday, December 26th from 5:00-8:00 P.M. at the Norton Memorial Funeral Home, 19 Clapp St. (Off Route 140, Taunton Ave.) Norton


Her funeral service will be held on Friday, December 27th at 10:30 A.M. at the Norton Memorial Funeral Home. Burial will follow at the Massachusetts National Cemetery in Bourne at 1:15 P.M.


Due to the limitation of flowers allowed at the National Cemetery, please consider making a contribution in Janet’s memory to the American Heart Association, 300 5th Avenue, Waltham, MA 02451.