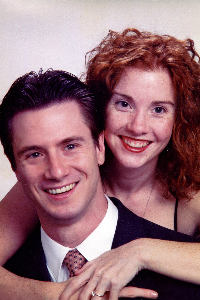 Amy Beth Crane-Phillips, 42, of Alexandria, Virginia, passed on unexpectedly on Saturday, December 14, 2019 at home with her husband by her side. She was the wife of Vincent de Paul Phillips, Jr. Amy and Vince were married on March 5, 2005 and were preparing to celebrate their fifteenth wedding anniversary next spring. They spent many wonderful years together. Amy was a beloved daughter, devoted and doting wife, best friend to her sister-in-law, and an extraordinary aunt to her nieces. She was also so many other things to so many other friends and family members. She will be greatly missed as she is an irreplaceable part of so many peoples’ lives.

Born in Providence, RI, she was the daughter of Danny M. and Janice M. (Marchetti) Crane of Johnston, RI. Amy attended Johnston High School and graduated in 1995. During her years there, she was involved in many things and positively impacted everyone who crossed her path. She was most proud of having received her Girl Scout Gold Award, the first in the town of Johnston to do so. She was also proud of being a cheerleader for her high school, class Vice President, and captain of the soccer team. She was in Who’s Who in American High Schools. She received the Pell Award for history, was a member of both the R.I. and National Honor Society, and for many years after acted as a judge for the Rhode Island State History Fair.
Amy thereafter attended Brown University, as her father before her had done, and was one of five students in the state to be accepted early-action. During her time there, she was both a cheerleader and a member of Alpha Chi Omega sorority, and through these two activities she made lifelong friends who have been by her side ever since.
After graduating college in 1999, Amy began her first job at State Street Corporation in Boston. She quickly rose through the ranks by impressing her superiors with an intellect and an insight not found in many. But more importantly, during her first week there, she met a colleague, who ironically turned out to be her soul mate and later her husband. Beginning that week in September, Amy and Vince started on their journey in life and love.
Aunt Amy always said that the best part about meeting Uncle Vince was gaining her two beloved nieces. Amber and Emily Osborn loved their aunt beyond compare and she felt the same about them. Some of their favorite memories of their aunt included jet skiing, Penn state games, impromptu beach trips, crazy socks, and many “inside” jokes.
Amy and Vince lived in Alexandria, Virginia for the past 11 years. She was the Director of Compliance of Shapiro & Brown Law firm in Manassas, Virginia for the past 10 years and in that time positively influenced all those with whom she worked, and she made many great friendships with her colleagues. During her time in Virginia, she and Vince brought their two best friends into their lives, her mini dachshund, Mr. Watson, and her beagle, Lulu. The four of them spent many great days on the couch as hound town. Amy and Vince also liked to spend time at the Delaware shore with family and friends. But Amy was always happiest when she was back in Rhode Island in the state that she loved with her parents and others that she loved. She was the light of her parent’s lives and they adored her. The sum of Amy’s life is found in the positive impact she had on others, and it is this wonderful quality that the world will now be without.
Besides her husband and parents, she is survived by her father in law, Vincent Phillips, Sr, her sister in law, Susan Phillips, nieces: Amber Osborn and Emily Osborn, all of West Chester, PA, her uncles: Jamie Crane of Linden, TN, Bryan Crane of Hernando Beach, FL, her aunt, Rebecca Crane of Naples, FL, her cousin, Monica Field of Linden, TN, grandmother Donna Fryer of Lancaster, Pa, as well as numerous other aunts, uncles and cousins.
A Mass of Christian Burial will be held Saturday at 9:30 am in St. Thomas Church, 65 Fruit Hill Avenue, Providence. Burial will follow in St. Ann’s Cemetery, Cranston. Visitation will be Friday 4-8pm in the Anderson-Winfield Home, Rt 44 at Greenville Common, Greenville. In lieu of flowers donations in Amy's memory may be made to St. Jude's Children's Research Hospital.