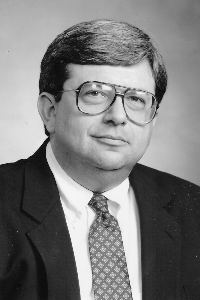 CASABONNE Richard J. of Newton, MA and Orleans, MA passed away on December 16th 2019, after a period of declining health.

Dick was born in Amsterdam, New York on April 27, 1945 to John E. and Elizabeth Reilly Casabonne.  He graduated from St. Mary's Institute in Amsterdam and Brown University, earning a bachelors degree with a major in art in 1966. He then began classes at the Boston Architectural Center while also working as a substitute art teacher in the Boston Public Schools.  While he maintained a life-long interest in architecture, his teaching experience led him to pursue a masters degree at the Boston University School of Education.  After receiving his degree he worked as a media specialist for public school systems and also began to work as a sales and marketing specialist for audio visual companies.  When Apple Computers began it's push into the educational market he enthusiastically became the first Director of the Apple Computer Clubs.

He enjoyed a long career in the educational publishing industry working at Random House, Grolier Publishing and Harcourt, among others, while also maintaining a consulting business providing strategic planning and business development services to dozens of clients over many years.  He also served a term as President of the Association of Educational Publishers and was inducted into its Hall of Fame in 2012. Dick will be remembered by his colleagues as a wonderful mentor, supportive friend and genial companion.  He will be remembered by his wide circle of friends as a generous host, world traveler, and authority on restaurants in almost every city in the country.  His presence will be missed.

Dick is survived by his wife of 52 years, Carol Boswell Casabonne; their daughter Margaret Villavicencio, her husband Michael and grand daughters, Elizabeth and Zoe of Medfield, MA; his son, Peter Casabonne of Portland, OR; his sister Ann Martin and her husband Donald and their children Christine and James of Amsterdam, NY; his sisters-in-law Janet Boswell of Brewster, MA and Christine Boswell Koscher of Simsbury, CT, and her children Michaela and Brendan Koscher; his brothers-in-law Harry Boswell and his wife Betty of Endwell, NY and their children David and Sally Boswell; and Richard Boswell of Amsterdam, NY.

A visitation will be held at the George F. Doherty & Sons Funeral Home 477 Washington St. (Rt.16) Wellesley on Friday, December 20th from 10-11am, followed by a funeral service in the funeral home at 11am. Relatives and friends kindly invited. A luncheon celebrating Dick’s life will follow. A private interment at the Orleans Cemetery will take place at a later date.