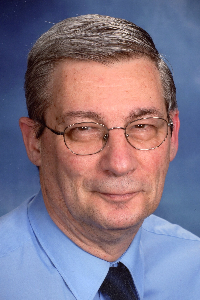 LACONIA----William "Bill" Wilfred Joseph Carter, 73, of Holman Street, died on Friday, December 13, 2019, at Lakes Region General Hospital with his family by his side.

Bill was born on November 26, 1946, in Laconia, son of the late William “Babe” and Theresa (Maheux) Carter.

Bill worked as a bookkeeper for Stafford Oil Co and as a manager at Cumberland Farms. Bill enjoyed playing golf and white water rafting and was a member of the Knights of Columbus.

Bill taught religious education and was a lector for St. Andre Bessette Parish, this was a significant part of his life.

Bill is survived by his wife, Tina Bolduc Carter; four brothers, Richard Carter, John Carter and his wife, Susan, Peter Carter, James Carter and his wife, Cheryl and one sister, Cathy Dutton and her husband, William. Bill is also survived by his mother- in-law and friend Alice Bolduc, two brothers-in-law, Michael Bolduc, and his fiance Melissa and Dennis Bolduc and his wife, Debbie; sister-in-law, Lori Weeks and her husband, Roger and twenty-one nieces and nephews along with many great nieces and nephews. In addition to his parents, William was predeceased by a brother, George "Joe" Carter and two nephews, Scott Carter and Timothy Carter.

For those who wish, the family suggests memorial donations in William’s name be made to the NH Humane Society, PO Box 572, Laconia, NH 03247.

Wilkinson-Beane-Simoneau-Paquette Funeral Home & Cremation Services, 164 Pleasant Street, Laconia NH, is assisting the family with the arrangements. For more information and to view an online memorial, go to www.wilkinsonbeane.com.