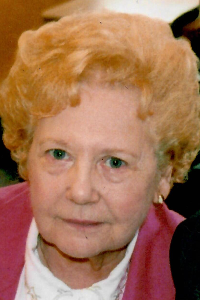 LEICESTER: Doris L. (Turpin) Young, 89, of Marlboro Dr., died Monday, December 16 at her home after an illness.
She was the wife of Frederick A. Young, Jr. who died in 2015.
She leaves two daughters, Sheila M. Young of Webster and Marcia L. Besse of Leicester, three grandchildren; Glenn E. McCallum, Jr., Mark A. and Brian A. Besse, four great-grandchildren; Kiana, KayLee, Edmund and Christa Besse, two brothers, George Turpin of Grafton, Raymond Turpin of East Brookfield and several nieces and nephews.She was predeceased by her sister, Stella Mastrogiovanni.
Born in Worcester, she was the daughter of Ashton & Viola (Acker) Turpin.
Doris along with her late husband, was a realtor and owner of F&L Realty in Worcester for forty years, retiring in 1995.
She was a member of All Saints Episcopal Church in Worcester. She enjoyed knitting, crocheting and ceramics.
A Funeral Service will be held on Wednesday, December 18 at 6 P.M. in the MORIN FUNERAL HOME, 1131 Main St., Leicester. Calling hours will precede the service from 4-6 P.M.on Wednesday. Burial will be at a later date and at the convenience of the family.
In lieu of flowers, contributions may be made to the VFW Post 7556 Rochdale, P.O. Box 47, Rochdale, MA 01542-0047