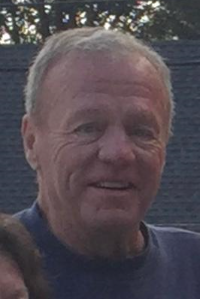 John was a longtime employee for National Grid and a former member of the Malden Elks.

The funeral will be held from the A. J. Spadafora Funeral Home, 865 Main Street, Malden on Thursday December 19th at 10:30am followed by a Mass of Christian Burial in the Immaculate Conception Church, 600 Pleasant Street, Malden at 11:30am. Relatives and friends are respectfully invited to attend. Visiting hours will be held at the funeral home on Wednesday from 3-7pm. Interment will be in Oak Grove Cemetery, Medford.

In lieu of flowers donations in John’s memory may be made to ALS Assoc. Mass Chapter, 315 Norwood Park S Ste 2, Norwood, MA 02062 or www.alsa.og