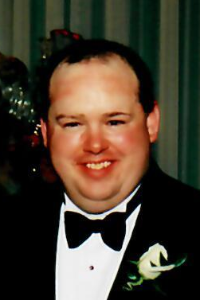 Brian Feeney, an 8 year resident of Billerica and formerly of Charlestown, entered into eternal life on Saturday, December 14, 2019 at his home in Billerica and joined his sister Jaclyn who passed away on Saturday, April 13, 2019 and his parents. Brian was 47 years of age.

Brian was born in Everett on July 25, 1972, a son of the late William G. Feeney and Ann M. (Butler) Feeney. He grew up in Charlestown where he was educated at St. Catherine's Parochial School and attended Don Bosco Technical High School in Boston for 3 years and graduated from Charlestown High School in 1990. Brian worked as a laborer for several construction companies. He was a member of the 520 Club of Charlestown and also enjoyed Nascar and was an avid Boston sports fan.