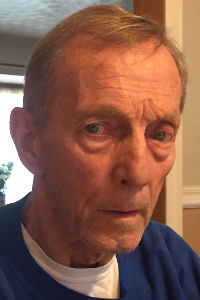 LEICESTER: Herbert A. Viscetto, 78, of Broad Street in the Cherry Valley section of Leicester, died Saturday, December 14 in his home surrounded by his loving family.
His wife Elaine J. (Maranda) Viscetto died in 2013. He leaves a son Christopher J. Viscetto of Worcester, a daughter Cindy J. Harrison and her husband John of Leicester, four grandchildren; Nicole, Angela, David & Michael, several great grandchildren, brothers and sisters and his dog Buddy. He was predeceased by two sons. David A. Viscetto and Herbert A. Viscetto, Jr.
Herbert was born in Worcester, son of Herbert A. and Dorothy (Amelott) Viscetto. He was a truck-driver for Red Star Express in Shrewsbury for over 40 years retiring in 1989. He was a member of St. Joseph-St. Pius X Parish and the Teamsters Local 170. He enjoyed fishing, hunting, construction projects and spending time with his family, especially his grandchildren.
A Funeral Service will be held on Thursday, December 19 at 4:00 PM in MORIN FUNERAL HOME, 1131 Main Street, Leicester. Burial in Notre Dame Cemetery, Worcester will be private at the convenience of the family. Calling hours will precede the service from 2:00-4:00 in the funeral home. In lieu of flowers, memorial donations may be made to St. Jude's Children's Research Hospital, 501 St. Jude Place, Memphis, Tenn. 38105.