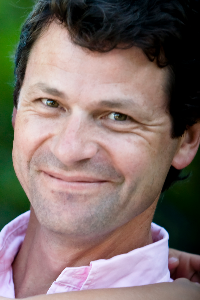 Sinnott, David Scott of Wellesley and Duxbury, Massachusetts passed away on December 12, 2019 at age 58 of complications following a massive heart attack. He was an avid sportsman—skier, hiker, marathoner-- whose illness was completely unexpected. He died at Brigham & Women’s Hospital, cared for by an outstanding group of physicians and nurses.

Born on November 2, 1961, David grew up in Duxbury, attended the public schools, and played soccer, baseball, and bog hockey. He loved his Boston sports teams and shared his passion with friends and family.

David attended Bowdoin College, receiving a BA in Economics in 1983. He was active in theatre and intramural sports and was President of Theta Delta Chi fraternity. David remained involved at Bowdoin with the President’s Visiting Committee and the endowment of The Sinnott Family Fund for Academic Resources. He went on to receive his MBA at the Wharton School of the University of Pennsylvania and recently became a Chartered Financial Analyst.

David worked at General Reinsurance and then at Morgan Stanley in New York. While in New York, David met Francesca. They were married in Woodstock, Vermont in 1990, moving to Bermuda in 1993. David joined the start up team for General Re’s catastrophe reinsurer, Tempest Re, before transitioning to Partner Re Ltd., guiding New Solutions and heading Risk Management. He later served as EVP and Chief Underwriting Officer for Montpelier Re Ltd. In Bermuda, David enjoyed boating, playing tennis and golf, and was an active member of both the Mid Ocean Club and the Coral Beach Club.

David and his family relocated to Wellesley, MA and Northport ME in 2011. He co-founded Climassure Inc. with XL Innovate, an MGU created to provide insurance and risk mitigation for flood and related perils. Most recently he was a financial services consultant and began serving as a Year Up Mentor in Boston.
David will be remembered as a kind and loyal friend, husband and father who touched others with his unassuming presence, quiet leadership and sense of humor.

A celebration of David’s life will take place at the Bowdoin College Chapel in the summer of 2020. In lieu of flowers, the family asks that donations be made to the Heart and Vascular Center Innovation Fund at Brigham and Women’s Hospital. Gifts may be made at www.bwhgiving.org or checks made payable to Brigham and Women's Hospital with “in memory of David Sinnott” in the memo line, and sent to: Brigham and Women's Hospital, Development Office, 116 Huntington Ave., 3rd floor, Boston, MA 02116. To sign the guestbook, visit: gfdoherty.com