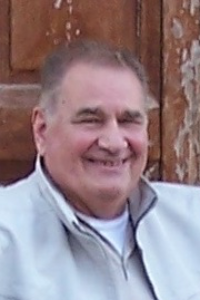 Salvatore F. Tarara 81, formerly of Hyde Park, died peacefully, Friday December 13, 2019 at the Madonna Manor Skilled Nursing & Rehabilitation Center, following a long illness. He was the beloved husband of Barbara Ann (Cahill) Tarara, with whom he shared 60 years of marriage.

Born February 28, 1938, Sal was raised and educated in Boston and was the owner of Spartan Printing Company of Stoughton before retiring. He enjoyed golf, puzzles, classical music, old black & white movies, the New England Patriots and spending time with his family and friends. Sal was the former treasurer of Most Precious Blood Church in Hyde Park and was a Past Faithful Navigator of the Knights of Columbus in Norwood.

Relatives and friends are invited to attend his funeral on Wednesday, December 18th at 9 AM from the Charles F. Oteri and Son Franklin Funeral Home 33 Cottage St. Franklin, followed by a funeral Mass in St. Mary’s Church, 1 Church Square Franklin at 10AM.

Calling hours will be held at the Oteri Funeral Home on Tuesday, December 17th from 4-8 PM.

The family also wishes to extend its gratitude to all the staff who cared for Sal during his illness at Madonna Manor Skilled Nursing & Rehabilitation Center.