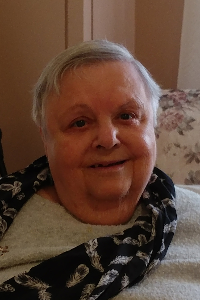 Rose V. Stenberg, 85, of Austin Avenue, Greenville, formerly of Rosewood Drive, Glocester, died Wednesday, December 11, 2019 with her family by her side at Cortland Place in Greenville. She was the widow of Oscar J. Stenberg, Jr. who died in June, 1994.

Born in Providence, she was the daughter of the late Fiore and Rose (Imbruglia) Cesaro. She had lived in Glocester before moving to Greenville. She had worked as a teller at Old Stone Bank before retiring.

She is survived by her son, David L. Stenberg and his wife, Veneranda and her grandchildren: Steven and Sabrina of Johnston.