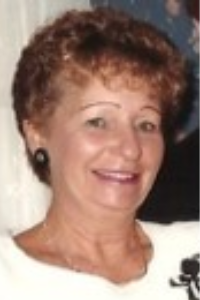 Born in Boston on October 17, 1931, she was the daughter of the late William and Beatrice (Knecht) Welch.

Mrs. O’Sullivan grew up in the Jamaica Plain / Dorchester area and resided in Dedham for many years until moving to New Hampshire, Florida, and then Medway over 20 years ago.

She had worked at the former Underwood in Westwood and the former Endicott Circle Spa in Dedham.

Mrs. O’Sullivan was a member of the V.F.W. Ladies Auxiliary in Norwood and loved to travel.

She is also survived by a brother Joseph Welch, four sisters, Margaret Rogerson, Patricia Lyons, Elaine Remick and Kathleen Terry and many nieces and nephews.

She was predeceased by her son Brian O’Sullivan, her siblings, William, John, Robert and Richard Welch and Dorothy Cabral and by her former husband James Michael O’Sullivan who died in 1967.

Relatives and friends are invited to attend her funeral service on Monday, December 16 in the Ginley Crowley Funeral Home, 3 Barber St. in Medway (www.ginleyfuneralhomes.com) at 10 a.m. Burial will follow at St. Joseph Cemetery in West Roxbury.

In lieu of flowers, expressions of sympathy may be made in her memory to American Diabetes Association. (www.diabetes.org)