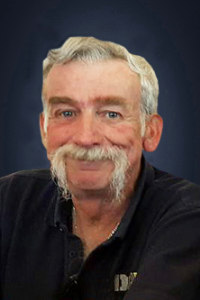 WILBRAHAM – John L. “Jack” Millot, 61, of Wilbraham and a former longtime resident of the Hungry Hill section of Springfield, was Called Safely Home on Sunday, December 1, 2019. He entered into Eternal Life at Baystate Medical Center in Springfield surrounded by the care and comfort of his loving family. He was born in Springfield on November 22, 1958, a beloved son of Stanley E. Millot and the late Dorothy L. (Maranville) Millot who was Called Home on November 9, 1993. He was raised in Springfield, graduated from Putnam Vocational High School in Springfield and had lived in Springfield most of his life before moving to Wilbraham in 2006. He served his country in the United States Air Force and attained the rank of Staff Sergeant. He received the Air Force Commendation Medal with One Oak Leaf Cluster, the Air Force Good Conduct Medal with Two Oak Leaf Clusters and the Air Force Longevity Service Award Ribbon with One Oak Leaf Cluster. He was employed as a Quality Engineer at the former Sermatech in Manchester, CT and had previously worked at the AAR Corporation in Windsor, CT. He was a member and former Adjutant of the Disabled American Veterans Chapter 68 in Springfield. During his leisure time, he enjoyed attending NASCAR races and bowling. He was an avid Ohio State Buckeyes and Kansas City Chiefs fan. Above all, he loved spending time with his family and his many friends. He leaves his beloved wife and best friend, Christina W. (Nebelung) Millot. They were married on February 14, 1999 in Chester, CT and were blessed with over 20 years of happiness together. He also leaves his loving son, Jack C. Millot of Wilbraham; his loving father, Stanley E. Millot and his wife, Jeanne, of Springfield; his dear brother, James E. Millot and his wife, Debbie, of Agawam; his dear sister, Susan D. Becker and her husband, Kevin, of Springfield; his two dear brothers-in-law, Michael Nebelung and Alexander Nebelung and his wife, Lucira Jane, all of Niantic, CT; and his many dear nephews, nieces, cousins, friends and extended members of the Millot and Nebelung families. In addition to his mother, he was predeceased by his dear infant sister, Darlene Millot. His funeral will be held on Tuesday, December 17, 2019 beginning at 9 a.m. at the St. Pierre-Phaneuf Springfield Chapels, (413-737-1177), 7 Chapin Terrace, Springfield, MA 01107 followed by a 9:30 a.m. Prayer Service. His Committal Service with United States Air Force Military Honors will follow the Prayer Service at 11 a.m. in the Chapel at the Massachusetts Veterans’ Memorial Cemetery, 1390 Main Street, Agawam, MA 01001. His family will receive friends at the funeral home on Monday, December 16, 2019 from 5 p.m. to 7 p.m. which will be followed by “A Last Call Party” at The Open Door Cafe, 247 Cady Street, Ludlow, MA 01056. Memorial donations may be made in his memory to the Springfield DAV Chapter 68, GAR Hall, 60 Court Street, Springfield, MA 01103. For more details, please visit:
www.stpierrephaneuf.com