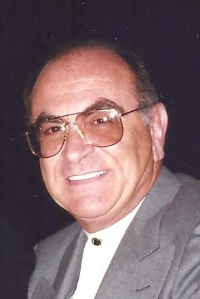 Andrew J. Catalano, age 80 of Boca Raton, FL, formerly of Chelsea and Woburn, MA., born November 7, 1939 in Chelsea to Andrew and Phyllis (Simonelli) Catalano, passed away on December 10, 2019 in Boca Raton, FL. During his high school years, Andrew was a part of the St. Rose Drum and Bugle Corps and graduated from Chelsea High in 1958. After enlisting in the Navy, he returned to the area and owned and operated his first Citgo in Chelsea in 1966, going on to open two Exxon stations in Bedford and Woburn. It was a job where he would stand outside and talk to his customers all day long. He took pride in his businesses and loved to socialize.

He moved to Boca Raton in 1984 to open an Exxon station in Ft. Lauderdale and then a Chevron station in Boca Raton and decided to start his years of retirement in 2001. Andrew was an avid football fan and especially honored his New England Patriots his entire life. He liked boating, traveling the country in his motor home, playing roulette and bowling. He loved to laugh, was outgoing, personable, loving, and always there when you needed him. He was always a jokester and made people smile.

Andrew is survived by his wife of 10 years Tracey (Morrison) Catalano. Children: Andrew J. Catalano III, Michael T. Catalano and wife Kathy of Vero Beach, FL, and Suzanne G. (Catalano) Thomas of Boca Raton, FL. Also survived by the mother of his children, Gerrie (Conlin) Catalano. Grandchildren: Katherine, Amanda, Stephen, Austin, Michael, and Jake. Dear brother of Joseph and David. Also survived by several nieces and nephews. Relatives and friends are kindly invited to gather at Costello Funeral Home on Tues., Dec. 17 from 6-8PM, and again on Wed., Dec. 18 at 9AM followed by a Funeral Mass in St. Mary’s Church, 155 Washington St., Winchester at 10AM. Burial will follow in Wildwood Cemetery, Winchester. In lieu of flowers, donations in his memory may be made to Alzheimer's Association. www.alz.org.