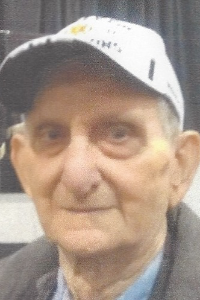 Ralph S. Uva, Sr., age 89, a lifelong resident of Mansfield, passed away peacefully, surrounded by his loving family on Saturday, December 7, 2019 at the Hope Hospice Center in Providence. He was the beloved husband of Anita F. (Poirier) Uva, to whom he was wed for the past fifty-nine years.

Born in Mansfield, MA on January 11, 1930, he was a loving son of the late Nunzio and Florence (DiPietro) Uva.

Ralph grew up in town and was a 1948 graduate of Mansfield High School where he played football. Prior to retiring, he had worked as a shipper for twenty-five years at Nissan in Mansfield and also while the company operated under the name of Datsun. He had also previously been employed at the former Fernandes Supermarket in Mansfield.

Mr. Uva was a communicant of Saint Mary’s Church in Mansfield where he served as a former collector and was also a former member of the George C. Shields Knights of Columbus in Mansfield.

Ralph was always happiest when spending time with his adoring family. He was an avid lifelong sports fan who especially enjoyed watching hockey and also liked playing cribbage.

In addition to his wife, he is survived by his devoted children: Marie F. Bacchiocchi and her husband David of Attleboro, Ralph S. Uva, Jr. of Attleboro, Susan A. MacDonald of Mansfield and her late husband Thomas MacDonald and Joann M. May and her husband Scott of Attleboro. He was the dear brother of the late Mary Werner, Alexander Uva and Helen Uva. He is also survived by his cherished grandchildren: Stephanie, Heather, Jillian and Kevin and his great granddaughters Emma and Bailey.

Services, along with burial at Saint Mary’s Cemetery in Mansfield will be held privately at the convenience of his family.

Visiting hours are omitted and those wishing may remember Ralph with a donation in his memory made to the Dana-Farber Cancer Institute, 450 Brookline Avenue, Boston, MA 02215 or St. Jude Children’s Research Hospital, 262 Danny Thomas Place, Memphis, TN 38105.