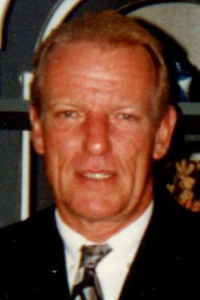 Born in Pawtucket, he was a son of the late Robert I. and Ester (Carlson) Jeffrey. James lived in Smithfield for most of his life. He was a Sergeant in the US Army during the Vietnam war with two Purple Heart Medals and obtained both the Bronze Star and Valor medals for his acts of heroism.

James worked as a carpenter, and then project manager for EPK Construction. He was an avid hockey player and dedicated Coach to the youth hockey programs in both Smithfield and Burrillville.

Besides his sons, he is survived by his three grandchildren, his former wife, Catherine (Camparone) Jeffrey and his sister Linda Johnson of Cumberland.

A Mass of Christian Burial will be held Thursday at 10 am in Blessed Sacrament Church, 179 Academy Avenue, Providence. Burial with Military Honors will follow in the RI Veteran’s Cemetery, Exeter. Visitation respectfully omitted. In lieu of flowers donations in his memory may be made to any group that supports military veterans.