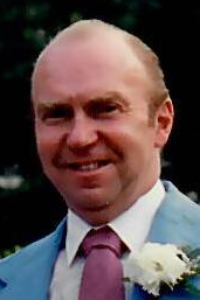 SPENCER: Joseph R. Scott,83, of Spencer, died Wednesday, Dec. 4 at St. Vincent Hospital in Worcester.
He leaves his wife of 43 years, Shirley A. (Orczyk) Scott, his sons Michael J. Chauvin and his wife Ellen of Spencer and Gene Scott and his wife Susan of Charlton, his daughter Joann Hansen and her husband Scott of Charlton, a sister Greta Soojian of Leicester, several grand and great grandchildren, nieces and nephews.
Joe, was a longtime plasterer and owner of Scott's Plastering in Auburn before retiring in 2007. He previously worked for Donald Grave's Contracting in Auburn.
Born in Worcester, he was the son of Robert A. and Mabel J. (Graham) Scott and later graduated from North High in Worcester. In his younger years, he was chosen for Future Farmers of America. He enjoyed hunting and was a N.E. Sports Fan.
A funeral service will be held on Monday, Dec. 9 at 10 a.m. in the J.HENRI MORIN & SON FUNERAL HOME, 23 Maple Terr., Spencer. Burial will follow in St. John's Cemetery, Worcester. Calling hours are Sunday, Dec. 8 from 2 to 4 p.m. in the funeral home.