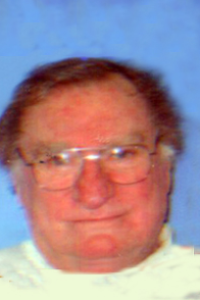 John F. Cunningham, Sr., 83, died Monday, December 2, 2019 at Hope Hospice and Palliative Care in Providence. He was the husband of the late Claudette V. (Bourget) Cunningham. They had been married for 58 years at the time of her death in November, 2016.

Born in Johnston, he was a son of the late Lloyd E. Cunningham, Sr. and the late Jennie (Kurkoski) Forloney. He had lived in Smithfield since 1961 and had previously lived in Johnston.

He served in the US Army during the Korean War. He was the owner of the former Providence Barrel in Woonsocket. He had previously worked at Narragansett Brewery for 25 years. He was a member of the Smithfield Lodge of Elks, #2359 where he was Past Exalted Ruler and Past State President.

His funeral will be held Friday at 10am from the Anderson-Winfield Funeral Home, Rt 44 at Greenville Common, Greenville. Mass of Christian Burial at 11am in St. Philip Church, 622 Putnam Pike, Greenville. Burial will be at a later date. Visitation Thursday 4-7pm. In lieu of flowers donations in his memory may be made to Smithfield Elks, 326 Farnum Pike, Smithfield, RI 02917