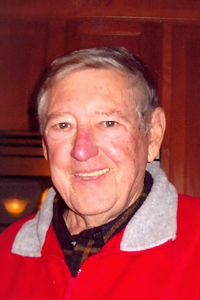 In Taunton, Calvin Edward Ellis, Age 87, was a humble and caring man. He spent most of his life outdoors gardening, always helping others and working up until his final days. Calvin passed away unexpectedly on December 1st 2019. Calvin is survived by his loving wife Beverly (Bryer) Ellis, his children; Daniel, Peter and his wife Lisa, Paul and his wife Peggy, Timothy and wife Patricia and Donna, his grandchildren; Crystal, Rachael, Mark, Thomas, Ryan, Nichole, Katilan, Laura, Calvin and Dylan, his great grandchildren; Morgan, Ashlyn, Aedyn, Maire, Eloise, Emma, Bentley, Tucker and Adeline. He is predeceased by his oldest son Ronald and grandson Justin.
He was born in Bridewater on December 17, 1931, the son of the late Benjamin Ellis Jr & Laura (Knight) Ellis. Calvin graduated from Bridgewater Academy in 1950. Following high school he joined the United Sates Navy, serving from 1950-1954 during the Korean War. He married his sweetheart, Beverly I. Bryer on August 21st 1954. Together they raised 6 children in their home located in Raynham, MA always keeping their doors open to all. Calvin was an active member of the Freemasonry Fellowship Lodge A.F. & A.M. of Bridgewater, MA serving as a master mason for 47 years. He was also an active member of the American Legion Post 405 for 54 years. Calvin was the Raynham Cemetery Superintendent for 47 years as well as a foreman for Reed & Barton for 33 years. He ran his own tree service company Calvin Ellis & Sons for many years.
Calvin was a beloved father, grandfather, great grandfather and husband who cherished his time with family. He will be greatly missed by all those whose lives he touched and his memory will live on forever. Arrangements are under the care of the O’Keefe-Wade Funeral Home in Taunton. A service will be held at the First Congregational Church in Raynham on Saturday, December 7th at 11am. Burial will be private.