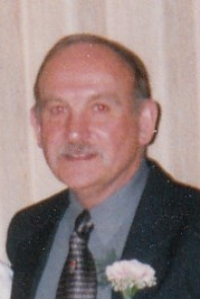 WEBSTER - Victor A. “Vic” Brezniak, 74, died Sunday, December 1, 2019 in UMass/Memorial University Campus with family at his side.

He was born in Webster on September 18, 1945, the son of Victor F. and Mary T. (Przystas) Brezniak and was a lifelong resident. He graduated from the Franciscan Friars Catholic School in Pulaski, Wisconsin.

He was a decorated US Navy veteran of the Vietnam War. As a Petty Officer, he made 231 combat patrols as a river boat gunner. In that capacity, he boarded and searched over 6,000 craft. He supported U.S. Navy Seal Troops which often took him deep into enemy controlled territory on narrow, heavily fortified canals defended by opposing troops. He was a superb marksman and operated a 50-caliber machine gun in protecting our troops from the enemy. He was awarded a bronze star for his bravery.

Mr. Brezniak worked in quality control at Stevens Linen Associates in Dudley and then at Guilford of Maine in Douglas before retiring.

He was a member of Saint Joseph Basilica. He greatly enjoyed stamp collecting and belonged to the Oxford Stamp Club. An accomplished carpenter, he built the family home and always had projects to complete. In his retirement he worked as a delivery man for the former Cindy’s Flower Shop and Gifts in Webster. He was an amateur photographer for many years.

His funeral will be held Thursday, December 5, from the Sitkowski & Malboeuf Funeral Home, 340 School Street, with a Mass at 10:00 AM in Saint Joseph Basilica, 53 Whitcomb Street. Burial will be in Saint Joseph Garden of Peace, with the Webster-Dudley Veterans Council performing the military honors. Visiting hours will be held from 5:00 to 7:00 PM on Wednesday, December 4, in the funeral home. Donations in his name may be made to Saint Joseph Basilica, 53 Whitcomb St., Webster, MA 01570.