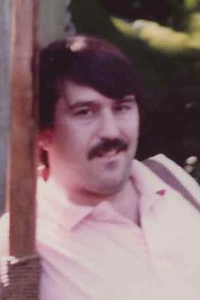 John J. "Jack" Roche, a 20 year resident of Wakefield and formerly of Charlestown, entered into eternal life on Thursday, November 28, 2019 at the Melrose-Wakefield Hospital. He was 63 years of age.

Jack was born in Boston on July 1, 1956, a son of the late Edward J. Roche and Anne M. (Conway) Roche. He grew up in Charlestown where he attended St. Mary's Parochial School and graduated from Catholic Memorial High School in West Roxbury in 1974. Jack worked as a clerk in a retail store for many years. Jack enjoyed bowling, was a movie buff, and a major Star Trek fan. He was a member of the Wakefield Council # 104, Knights of Columbus.

Relatives and friends are invited to attend Jack's Funeral on Thursday, December 5, 2019 at 9 A.M. from The Carr Funeral Home, 220 Bunker Hill St. Charlestown followed by his Funeral Mass in St. Mary's Church, 55 Warren St. Charlestown at 10 A.M. His burial will be private. His visiting hours will be on Wednesday, December 4, 2019 from 4 to 8 P.M. in the funeral home.

In lieu of flowers, kindly make a memorial donation in Jack's name to the Charlestown Boys and Girls Club, 15 Green St. Charlestown, MA 02129